When Joe Biden was inaugurated as President on Jan. 20, the price of a barrel of oil was $50.

Cause? Effect? Or perhaps its just markets at work.

One way or another, youll see it at the gas pump and in prices you pay for almost everything.

Of course, economic activity is rising as the effects of the 2020 COVID crash begin to lift. That can lift oil prices.

And we may very well be witnessing a kickoff of inflation in energy prices as they catch up with all the other inflation weve seen in food, housing, consumer goods and much more.

So lets not be unfair to President Biden. Dont give him too much credit (or blame) for moving oil markets. Correlation is not causation.

Then again, we live in Biden-world now. And hydrocarbons certainly oil are on the mans target list.

Meanwhile, one way or another, what happens in the United States of Biden, under the governance of President Executive Order, affects things both at home and across the world.

This is certainly the case with oil. So lets look at this recent oil price move. What does it tell us about whats happening in the energy patch, Biden or otherwise?

And hey We might even see some investment angles here.

Lets begin with a corny old joke from my long-ago days in the Texas oil patch: Why does the price of oil go up?

Answer: Because more people want to buy it than sell it.

Its a truism. But consider the deeper meaning.

Under classical economic theory, oil prices are set at the margin by supply and demand. Who has oil for sale? Who wants to buy it? What price clears the market?

When people think oil will be scarce, they buy barrels and prices rise.

Meanwhile, per economics 101, the seller with the last available barrel (the marginal barrel) sets the price for all the others.

One telling signal for future marginal barrels came from Biden on Day 1 in office.

Within three hours of being sworn in, the brand-new president sent an unmistakable, anti-fossil energy message to the world. He summarily cancelled the Keystone XL Pipeline. Biden suspended a crucial federal permit for the line to cross from Canada into the U.S.

So much for our long-time friends and allies up North, eh? Biden does not want to make it easy for that nasty Canadian oil to find its way to U.S. and global markets. I discussed it here.

Plus, he unequivocally committed the U.S. to rejoin the so-called Paris Accords. These will dramatically curtail carbon dioxide emissions across the entire U.S. Theyre a body of legal promises and national obligations which are effectively a treaty, but the package has never been presented to or ratified by the Senate.

In other words, Biden wants oil and oil products to be scarcer. And it follows theyll be more expensive for U.S. consumers higher prices at the pump, of course.

Over time, Biden wants the U.S. auto industry to transform from internal combustion engines to electric vehicles. We discussed it here.

Biden is not just declaring war on oil; hes setting dictating a form of anti-oil, national industrial policy straight out of the Oval Office.

Bidens energy edicts are not merely Stalinesque Five-Year Plans, either. No, his initiatives are 25-year and even 50-year political-economic-social-industrial visions. They will have all manner of second and third order effects.

Meanwhile, theres nary a word of debate on any of this in Congress, let alone enabling legislation or votes on foreign treaties or such.

But its all clear as day. Bidens administration is coming down on the side of decarbonizing the gigantic U.S. economy.

Its a comprehensive approach, too, up and down the energy system.

Bidens vision ranges from what kinds of cars will roll down highways to how the country generates electricity.

Channeling an old political gimmick invented by President Franklin Roosevelt, Biden proposes a so-called Green New Deal, although its industrially (and thermodynamically) problematic to the point that Ive called it a Green New Disaster.

So much for a man who brags about how he follows the science.

We saw this coming, of course. I discussed Bidens hardline anti-fossil views last fall, during the election campaign.

In fact, in that same article, I offered what turned out to be a nice investment idea. I wrote, consider just one large, well-known company,Exxon Mobil (XOM). Shares are trading at a 23-year low, while the dividend is north of 10%. Its a rebound awaiting its moment.

Sometimes, a perfectly obvious, blue chip idea is actually the best way to go. And today, Exxon Mobil shares are up by 60% from October lows. The dividend yield appears firm, with a current payout over 6%.

But lets return to more basics of oil.

First, look at U.S. oil production. Heres a chart of output that goes back nearly 70 years:

You can see the original Peak Oil bump in 1970, per the forecast of geologist M. King Hubbert. Or Hubberts Peak, as its sometimes called.2You can also see how U.S. oil production rose somewhat in the late 1970s and 80s, based on output from Alaska.Generally, though, from 1971 to 2011 U.S. oil output steadily declined. The U.S. made up its daily energy deficit with imported oil, much of it from the Middle East and/or other unstable parts of the world.And hold that thoughtYou may recall that this 40-year period of declining oil production coincided with all manner of U.S. activities involving the Middle East and global oil suppliers.In 1973, in the wake of the Arab Oil Embargo, U.S. Secretary of State Henry Kissinger and Secretary of Treasury William Simon agreed with Saudi Arabia for the U.S. to defend the Kingdom, in return for Saudi pricing oil in dollars; aka the petrodollar.The petrodollar replaced the gold-backed dollar that came out of the 1944 Bretton Woods Agreement. Ive discussed it here.Based on this need for imported oil (and to protect the petrodollar), the U.S. maintained a large, expensive, continuous military presence in the Middle East over the past five decades.This included Cold War era (1970s-80s) deployments, in which I, your editor, played a role while in the Navy. It also included various wars in the Saudi/Iraq/etc. region (1990s-2000s), again, in which I played a role.The point is that for nearly half a century, the U.S. dollar, economy and military power has been joined at the hip to the fates and fortunes of oil. Up to and including spending immense sums on military backing for issues involving oil and even going to war.Finally, beginning in 2011, U.S. oil output began to rise, based on home-grown fracking and the so-called shale revolution. Technically, the correct term is tight oil. But many people say shale because thats the kind of rock where much of the fracking happens.Its worth noting that U.S. shale was also enabled by super-low interest rates and cheap money that poured into drilling investments.Obviously, per the chart above, U.S. oil output soared in the past decade. This was all shale oil at work. Output was going gangbusters until last years crash-down due to the national and global economy cratering from COVID.There were problems with shale oil though. I discussed them here.Even absent COVID, by last year the economics were abysmal for most of the shale industry. According to the Washington Post, the shale industry lost about $300 billion between 2010 and 2020.3People write long papers and even books about these kinds of issues. Here at the Whiskey bar, we merely write articles.But here are some takeaways.President Biden has declared war on barrels of oil. He is putting policies in place to throttle U.S. oil output and hamstring Canadian output as well.Under the Biden plan, well have fewer marginal barrels of oil in the world, as discussed above. This will generally support higher oil prices at global levels, which will mostly benefit foreign producers such as Middle East nations, Russia, Venezuela and more.The U.S. still runs on oil and will do so for many years to come, despite the apparent mad rush to go with electric vehicles (EVs). Looming higher energy costs will pulse through the economy and well see it in price inflation at every level.The U.S. will import increasing amounts of foreign oil to make up for declines in domestic production. This has all manner of economic and military dimensions.Were watching a Soviet-style Five-Year (and more) Plan unfold to restructure the U.S. economy, absent any serious debate or discussion in Congress, let alone absent any Constitutional basis for the federal government to run a managed economy.There are numerous, energy-themed investments out there, from basic energy plays to service companies and even offshore drillers. Share prices are recovering quickly as markets read the writing on the wall of the Oval Office.Here at the Whiskey bar, Ill offer some investable ideas over time, although we dont maintain or track a portfolio.Meanwhile, this coming Thursday, Feb. 11 at 1:00 pm Eastern Time, Ill host a webinar of up and coming Yukon mining plays that work in the metals space. Well discuss gold, silver, copper lead and zinc, all critical metals in the evolving economy. Its free, and you can sign up here.On that note, I rest my case.Thats all for now Thank you for subscribing and reading.Best wishes,

WhiskeyAndGunpowderFeedback@StPaulResearch.comP.S. Feel free to forward Whiskey & Gunpowder to friends, family and colleagues. If you received this article from someone and would like to subscribe, click here. Thank you.

2 Beyond Oil: The View from Hubbert's Peak

As Transport Transforms, the ICE Age Gives Way to Copper

Today, Byron King explains how the shift away from internal combustion engines will benefit copper. 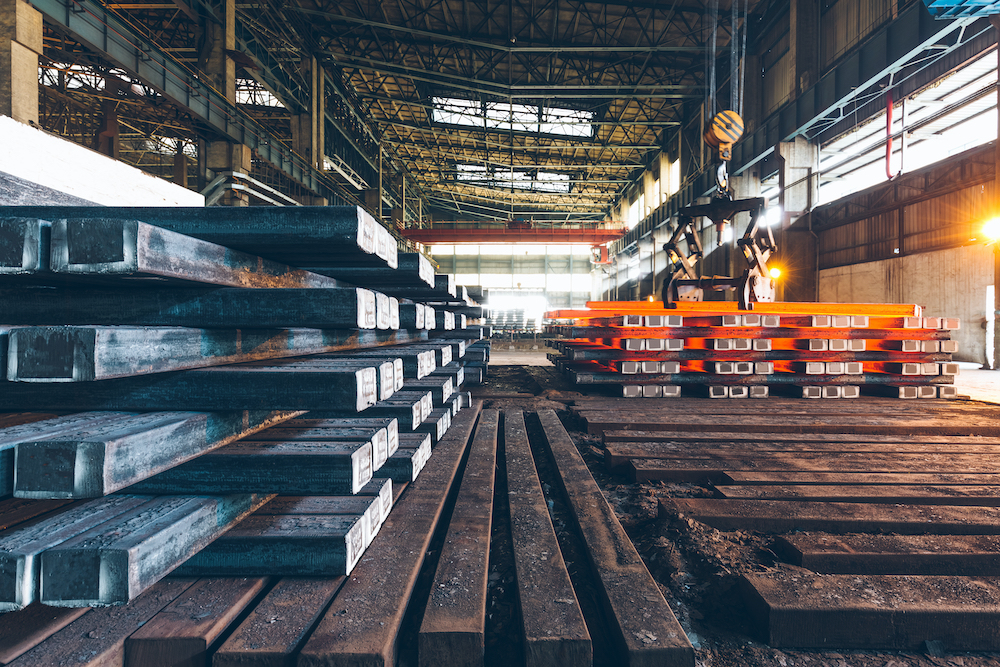 Looking at China Through a Lens of Steel

We can explain many current events just by examining China through a lens of steel production. 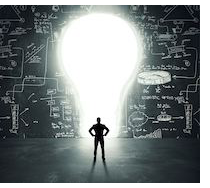 The Influence of Inflation, or Money’s Revenge and Ruin

“The Influence of Sea Power Upon History” by U.S. Navy captain Alfred Thayer Mahan offers a roadmap for where our world is headed today with inflation. Let’s dig into this…

Inflation’s Shadow: The U.S. Mint Ran Out of Metal

Today, Byron King digs in on an ominous harbinger of inflation that’s already here — and yet to come.

A Big (But Perhaps Temporary) Win for the AR-15

Today, Jim Amrhien shares his perspective on what Americans can do to preserve our Second Amendment.

A Field Trip to Colorado: Fracking 101

Today, Byron King takes you on a field trip to Colorado to discuss the fracking industry.